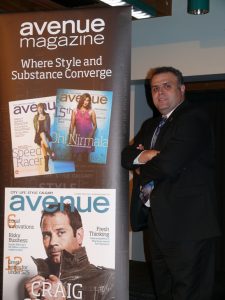 Dr. Wael Badawy received the Top 40 Under 40 Avenue magazine’s award for 2010. Avenue magazine awards Top 40 Under 40 annually to pay tribute to the outstanding Calgarians that are a selection of the brightest and most active leaders under the age of 40. Badawy was recognised for his excellenceand notable contributions to Calgary.

2010 is the first year the selection process was improved and slightly more refined where the nominees were selected by a two stage process.

Badawy has become a world leader in video technology throughout his academic career and now at the helm of a technology focused company, IntelliView. His quest for video knowledge spanned throughout his education and following a career that began at the University of Louisiana at Lafayette and finished at the University of Calgary. By 2003, his research created an opportunity for a spin-off company known as IntelliView where later became the CEO. With a leading researcher guiding the company, IntelliView has become a world leader in video analytics and surveillance.