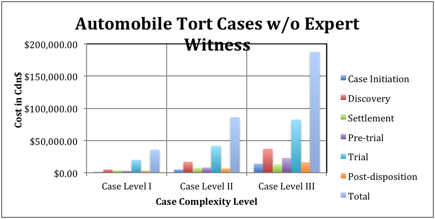 Alternative dispute resolution (ADR) mechanisms in the Arab world have been growing hand in hand with the resurgence of various countries as members of the fast growing club of successful emerging markets. The flexibility of arbitration, mediation and other ADR methods, as well as their speed, efficiency and confidentiality, have made them more attractive to investors and parties in contracts of an international nature. Consequently, a significant number of Arab countries have been busy updating and enhancing their laws and regulations on arbitration and mediation in particular. There is momentum behind ADR in the region.

Furthermore, the global economic downturn has led to a significant increase in the number of disputes in various sectors, and this in turn has provided an impetus behind the need to enhance the procedures applied by the various arbitration centers in the Arab world.

This development is not solely linked to the realities of modern commerce. In fact, the conciliatory approach and the notion of deferring to a neutral and objective personality for a decision, that ultimately underline all forms of ADR, are well steeped in Arabic and Islamic traditions.

There are at least two verses in the Koran that sanction the notion of arbitration and mediation. Furthermore, one of the most famous stories of the Prophet Mohammad’s early life involved him being chosen by feuding tribes, who could not agree on a vital element of the reconstruction of the Ka’aba, to resolve the dispute. The Prophet bridged the gaps between the quarreling parties by suggesting an original solution that was essentially a win-win for all. Other examples of arbitration and mediation abound in Islamic history.

At the outset, let us distinguish between mediation and arbitration. There are a number of differences between those two mechanisms.

Firstly, these methods differ in terms of the role of the appointed third party; in arbitration, an arbitrator is like a judge and his or her decision is final, whereas in mediation, the mediator works to try and bridge the differences between the parties and move them closer a settlement or conciliation. In a sense, mediation is the preferred option when the parties are still attempting to resolve their differences in a way that would allow them to continue their working relationship; whereas, arbitration is usually sought in order to reach a final determination on the overall dispute at the end of the relationship.

Secondly, the authority of an arbitrator is much wider than that of the mediator.

Thirdly, there are differences in terms of time limits, and venue considerations, between the two methods. In essence, arbitration is an attempt to replicate the judicial process but in a manner that is more specialized and streamlined. Mediation is a process whereby the parties agree to nominate a third party who would be tasked with trying to find common ground between the parties and resolve their differences, usually through the organization of meetings which are of a rather informal nature, at least in comparison with arbitration proceedings.

Finally, one of the main advantages of mediation is that it is far less costly than arbitration. In fact, it can be said that the costs of arbitration are its Achilles heel.

One of the most significant trends is the adoption of laws that deal specifically with mediation. In Jordan, the Law on Mediation for the Resolution of Civil Disputes was adopted in 2006. The law organizes the process of judicial mediation that takes place at the Court of First Instance. In accordance with Article 3 of the said law, the presiding judge may, upon the agreement of the parties or further to their request, refer the dispute to a mediating judge or a private mediator for the purposes of amicable resolution of the dispute. The mediator is then obliged by law to complete the mediation process within three months of the date on which the dispute was referred to him or her.

A similar development has taken place in the Emirate of Dubai, in the United Arab Emirates. By virtue of Dubai’s Law No. 16 of 2009, a Mediation Centre was established. The Mediation Centre will be annexed to Dubai’s Courts. The Centre is entrusted to review types of disputes that are defined by its Chairman. Disputes will be reviewed and amicably resolved through a number of experts, under the supervision, of the concerned judge, within a period that would not exceed one month from the date of the attendance of the parties before the judge.

The creation of such centers in Jordan and the UAE, as well as the existence of various mediation mechanisms through international organizations such the World Intellectual Property Organization’s Arbitration Centre, is likely to lead to a surge in the use of mediation as a method for the amicable resolution of disputes. This would be a welcome development, as it would entail the effective resolution of so many disputes in a conciliatory and timely manner, well before the matter escalates to reach a court room or an arbitration panel.

As for arbitration, we have also seen a number of positive trends in this regard in the Arab world. On the one hand, the trend towards the effective adoption of the New York Convention on the Recognition and Enforcement of Foreign Arbitral Awards (New York Arbitration Convention) has solidified. The New York Arbitration Convention mainly enshrines the principle that a properly made arbitration award in one member country must be binding and enforceable in another member country, unless the award can be rejected on the basis of certain grounds for refusal of enforcement, which are narrowly defined in the Convention. The Convention also confirms the principle that if a court is presented with a dispute which the parties had agreed to refer to arbitration, then the court must refer the matter to arbitration upon the request of one of the parties.

Historically, the rate of adoption of the New York Arbitration Convention in the Arab world has been good. Jordan was amongst the first countries to adopt the Convention, which came into effect in 1959. Almost all Arab countries have since joined, with Kuwait joining in 1978, Saudi Arabia in 1994 and, more recently, the United Arab Emirates in 2006.

The challenge is to ensure that the exceptions that would allow a member country to refuse the enforcement of an arbitral award are applied in a strict and narrow manner. Under Article V(2)(b) of the Convention, the enforcement of an arbitral award may be refused if “the recognition or enforcement of the award would be contrary to the public policy of that country.” The parameters of what a country regards as “public policy” can be wide. In Saudi Arabia, an arbitration agreement or award is respected provided that it is not contrary to the principles of Shari’a law. Such a limitation falls within the “public policy” exception, but the key lies in the way such an exception is applied.

In the UAE, Articles 235 and 236 of the Civil Procedures Law (Federal Law No. 11 of 1992) confirm the principle that foreign arbitral awards will be enforced in the country, provided a number of conditions are met. These include procedural issues such as the proper notification and representation of the parties before the arbitral tribunal that issues the decision in the foreign country. Also, UAE courts may refuse the enforcement of a foreign arbitral award if it contradicts a previous judgment already issued by a UAE court or if it includes elements that “contradict public policy or morals.”

While in the past “public policy” exceptions have been defined in a wide manner that allowed courts to reject a number of foreign arbitration awards in various Arab countries, there is a discernible trend towards limiting the use of this exception, and applying it only in clear cases of contravention of the country’s moral or public policies.

Furthermore, in the recent past, various Arab countries have upgraded their arbitration laws to be in line with international best practices. This is evidenced by the increasing use of the United Nations Commission on International Trade Law (UNCITRAL) Model Law on International Commercial Arbitration. This model law was drafted by the UNCITRAL with a view to assisting countries that seek to improve their laws in such a way as to ensure the best possible procedures for commercial arbitration.

Finally, there is no greater proof of the growing popularity and importance of arbitration than the increasing use of existing arbitration centers in the region, and the founding of new centers. The Dubai International Arbitration Center (DIAC), whose rules are UNCITRAL based, has proven to be an excellent success. The number of cases that the DIAC is handling has been growing at a very impressive rate. According to one report, while the number of new cases with the DIAC in 2008 was 100, there had been 180 new cases registered with DIAC by August 2009. The Cairo Regional Center for International Commercial Arbitration, which was established in 1979, continues to be a great success.

Earlier in January, Bahrain announced the launch of Bahrain Chamber of Dispute Resolution, in partnership with the American Arbitration Association. It is reported that the Chamber will operate what is being called an “arbitration free zone.”

In conclusion, various Arab countries have engaged in an active process of upgrading their arbitration laws and those dealing with other alternative dispute resolution mechanisms. Arab arbitration centers are growing in significance, as more parties resort to the use of their services. These important developments can only serve to facilitate the infrastructure supporting international commercial contracts in the Arab world and, in turn, this will have very positive effects on investment and business growth in our region

wbadmin August 9, 2015 News No Comments »
Why Mediate or Arbitrate?
Welcome to my enhanced website