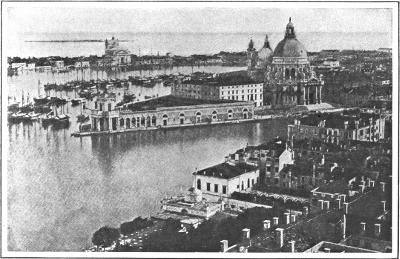 IT is highly probable that the Romans introduced cock-fighting into this country. It is generally believed that the sport was made popular by Themistocles. On one occasion he saw two cocks fighting, and their courage greatly impressed him, and he felt such exhibitions might teach a useful lesson of bravery to those who witnessed them. Periodical contests were exhibited, and were popular amongst the Greeks and Romans and with other nations, and were much appreciated by a large section of the inhabitants of this land. In “Bygone England,” by William Andrews, f.r.h.s. (London 1892), will be found a long account of “Fighting-Cocks in Schools.” One of the earliest accounts of the pastime in England, says Mr. Andrews, occurs in a “Description of the City of London,” by William Fitzstephen, who wrote in the reign of Henry II., and died in the year 1191. He records that it was the annual custom on Shrove Tuesday for the boys to bring their game cocks to the schools, to turn the schoolrooms into cockpits, the masters and pupils spending the morning witnessing the birds fighting.

Old town accounts contain many references to this custom, for example at Congleton, Cheshire, is the following item:—

Hugh Miller, the famous geologist, who was born in the year 1802, in his popular volume “My Schools and Schoolmasters,” gives a graphic account of that amusement in the Cromarty grammar school where he received his education. “The school,” says Miller, “like almost all other grammar schools of the period in Scotland, had its yearly cock-fight, preceded by two holidays and a half, during which the boys occupied themselves in collecting and bringing up the cocks. And such was the array of fighting birds mustered on the occasion, that the day of the festival from morning till night used to be spent in fighting out the battle. For weeks after it had passed, the school floor continued to retain its deeply stained blotches of blood, and the boys would be full of exciting narratives regarding the glories of gallant birds who had continued to fight until their eyes had been pecked out; or who in the moment of victory, had dropped dead in the middle of the cock-pit.” Miller at some length denounces the cruel sport.

In England cock-fighting is prohibited by statute 12 and 13 Vict. 3, 92, under which every person who shall in any manner encourage, aid, or assist at the fighting or baiting of any bull, bear, badger, dog, cock, or other animal, shall forfeit and pay a penalty not exceeding £5 for every such offence. In Scotland it was not illegal until quite recently. An act was passed in 1850 known as the “Cruelty to Animals (Scotland) Act,” but the wording of the statute was found not to include the game or fighting-cock. The sport became popular and the law could not touch those that took part in the cruel amusement. It was felt to be a national scandal, and to prevent it, a short statute was passed on 30th May, 1895, whereby the definition of the word animal in the 11th section was amended by adding at the end thereof the words “or any game or fighting-cock, or other domestic fowl or bird.”

Mr. Robert Bird, the genial and gifted author of “Law Lyrics,” a volume which has been warmly welcomed by the public and the press, has made cock-fighting the subject of a clever poem.

While lesser wigs, begowned, and brief in hand,

Declaimed in flowing periods, of the fray,

Their wallets, ballad verse, and song, to make

The very goose quills, sleeping on the bench,

And as they spake, a legal fog dropt down

Upon the learned six, and each beheld,

In green mirage, born of the cloud of words,

With feathers dipped in crimson, gold, and blue,

Frill-necked, with trailing wings and spurs of steel,

That on each other flew and pecked and spurred,

And spurred and pecked again, until the Court

Reeked like a cock-pit, and the crowd of wigs,—

Who laid their bets on this bird, and on that,

As, with quick panting breath and beaks agape,

They pranced, flew, fought, until the oaken bar

At length one cock the other overthrew,

And struck quick spurs into his quivering breast

Until he died; then he, with croaking crow,

Fell, wounded, bleeding, dying by his side

Amid the applauding cheers of thirsty throats,

Soon to be slaked with liquid bets, and so

The battle ended, but the fog remained.

A rustling of silk plumes upon the bench,

“’Twas in Kilbarchan that this fight was fought,

And straight the men who prompted it were ta’en,

And jailed, and tried, and sentenced for the same;

But now they seek release, and this their plea,

That in the gracious Act which says that men

Shall not treat brutes and beasts with cruelty,

The name of “Cock” is absent; therefore they

And we, vicegerents of our gentle Queen,

With spectacle on nose, must well explore

This vital point in Cockieleerie-law.

The illumined page of history reveals

Cock-fighting as an ancient royal sport.

The Early Greeks and Romans in their day

In battling fowls; while glorious Cæsar, too,

Loved much to back his bird; and, furthermore,

When pitted against Cæsar’s fiercer breed.

At Whitehall had a special cock-pit built,

For gentle dames and all his merry knights.

The most accomplished scholar of his day,

Much as he loved his books, loved cocks the more,

And loved them most when victors in the fight.

And last of all, that great and noble Duke,

The conqueror of Blenheim, in game birds

Found something that reminded him of self;

And thus we see the fighting instinct strong

In cocks, and other nobles of past time.

Delight in war, as dogs to bark and bite,

And raining blows upon each other’s ribs

Do best fulfil their part of nature’s plan,

Which built them slim and bade them love the fray;

And while we hope no preference here to show,—

To wring their necks, or match them in the pit,

Does more exalt the brute or sink the man.

“But here, the cocks were armed with spurs of steel,

And ’tis a subtle matter, whether they

With iron shod, or spurred with native horn,

Do deal the deadliest blows in angry fray;

And, while we have our own opinion strong!

’Tis not within our province to pronounce.

“If it be wrong with steel to prick a fowl,

What of the spurs with which hard riders goad

The bleeding sides of horses in the race,

Or in the steeplechase, or country hunt?

And what of hares in coursing run to death?

Of wheeling pigeons slaughtered for a prize?

We make no mention of the common use,

And of the sport termed noble, where the stag

Is forced upon the guns that lay him low.

No doubt, two blacks can never make one white,

But if to brutalise mankind be thought amiss,

Then there are other ways, than fighting cocks.

“Still that’s beside our purpose, which is this—

To scan the statute, microscope in hand,

And note if in its sweep humane, we see

A roosting place for fighting chanticleer.

And there we find, or rather fail to find,

Of nineteen beasts protected by the law,

Are we to find Game Cocks, domestic fowls?

Are we to hold that birds, are animals?

Our view is quite the contrary, or else

There’s not a beast, bird, fish, or insect but

The term “domestic” would to them apply,

And make it penal e’en to slay a louse.

“And while, in other parts of this same Act,

We find “Cock” followed by the general phrase,

“Or other kind of animal,” we hold

It bears not on the matter now in hand,

But only serves to show that Parliament,

Had Cocks well in their eye, and plainly did,

The spirit and the letter of the law

Do quite forbid, unanimous we hold Cock-fighting is a lawful use of Cocks, And finding so we liberate these men.

“It will be said, this Statute has been read

Reversely in our sister England, where

It is the Charter of proud Chanticleer;

But what of that? It alters not our mind!

But only shews, that they, of feebler clay,

Stick not at trifles, so the end be good,

And let the heart o’erbeat the legal mind;

While we, of sterner stuff, fail not to find

Motes in the sunshine of their simple wits,

And gnats to strain out of their cups of wine;

For in the nice accomplishment and use

Of riddling wisdom from a peck of words,

Than our legal brethren of the South.”

In low obeisance to the mighty sage,

And straight the Court was cleared of cocks and men.