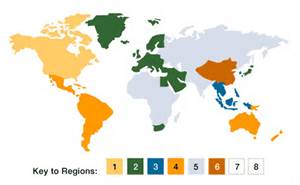 What are region codes?Region encoding is the mechanism that enables motion picture studios to control the worldwide release of their movies. It is required by the DVD Forum (https://www.dvdforum.org/forum.shtml) in all commercial hardware DVD players. Every DVD-Video disc contains one byte of data representing a region code, which limits where the disc can be played. Region codes correspond to the following areas of the globe:

How is the region code set?

The first time you insert a DVD disc in Mac OS X v10.3 or later: 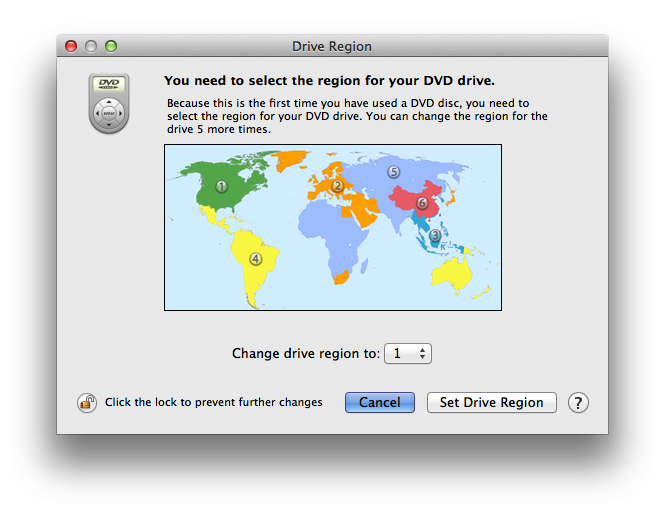 If you later insert a DVD that uses a different region, the above dialog will appear.

Discs with the region byte set to all zeros (sometimes called Region 0) can be played in any part of the world. Region 0 DVD-Video discs, such as those created by iDVD, do not have a geographical boundary. However, your DVD player and television must be compatible with the video standard used to record the movie on the disc. You should be able to play any Region 0 DVD disc with the DVD Player application since it is compatible with these video standards.

DVD players are generally limited to playing discs of only one region—usually the region where the DVD player was purchased. For example, DVD players purchased in Canada usually only play Region 1 DVD-Video discs.

This blog is inspired by Amy Maria https://www.facebook.com/amy.maria.965